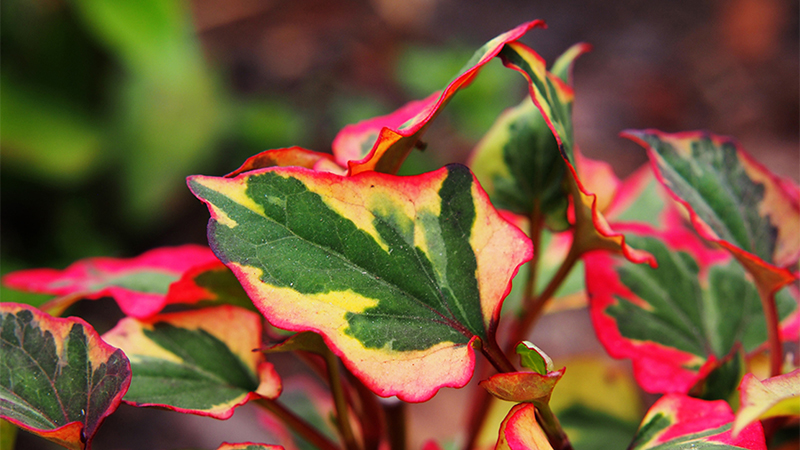 As mentioned in a recent post, there is a new product to announce. It is Houttuynia, often called chameleon plant. It is Asian and is used both in cooking and medicine. As a culinary herb, its taste is somewhat unique, often compared to fish, so while comparable in use to basil and even spinach, it might not appeal to everyone. In medicine, it is called the destroyer of poisons and is often considered for venomous bites which is part of the reason it is on our present radar. Normally when we think of venom, we do, in fact, think of poison and, of course, the antidote to poisons. Many herbs have significant benefits for reducing the burning sensations and toxins of bites. However, having been severely incapacitated for nearly a year after multiple spider bites, I came to a wider understanding of what really happens. Of course, the initial experience is one of pain, often quite severe. As we know, death can follow in minutes after some assaults. There is, as we can expect, a spectrum ranging from anaphylactic shock to minor itchiness. In between are varying levels of toxicity and necrosis. With some bites, the assailant has a biological craving or need for a meal while some behavior is defensive. For instance, some mosquitoes require blood to aid in the development of their eggs. This is why the females bite and the males do not.

With some spiders and snakes, they do not want their banquets to walk away so there are neurotoxins in the venom. These are usually bacterial in nature so with this brief overview of the bridge between “poison destroying” and “infecting”, we can better understand contemporary research on houttuynia. What are the conditions people fear? Since this is an Asian herb, it goes without saying that one of the fears is SARS, a viral disease that affects respiration. In Chinese medicine, houttuynia is specially indicated for lung conditions that are characterized by thick phlegm.

SARS hit with a vengeance in 2003 but there have not been new cases recently so attention turned to Lyme disease and many other conditions, even herpes and diabetes. It seems that the chameleon plant leaves do aid in the regulation of blood sugar as well as fluid balance and therefore also weight management. This is not surprising since alkaloids do in general neutralize conditions related to acidity. The obvious question is whether this is the best herb in such circumstances or merely something some people may want to add to their diets . . . along with other leafy green vegetables.

Perhaps the most interesting research surrounds Lyme disease. As we now realize, Lyme disease occurred because of lax safety measures in a biological weapons laboratory on Plum Island, near Lyme, Connecticut. Though alleged to occur because of tick bites, it is transmissible in the same ways that syphilis is spread, meaning a pregnant woman can give birth to a baby who is Lyme-infected and sexual intimacy can also spread the disease, meaning there is no reason to expect that the disease would have been limited to hikers and bikers. It is an epidemic and besides the spirochete, there are many co-infections related to Lyme. Houttuynia has been researched mainly in relationship to bartonella, the disease that is most associated with the scratch marks characteristic of some infections.

In order to regroup my energies after the recent devastating IT issues, I would like to mention that though my energy was seriously ambushed, I am as committed as ever. I have had to hire specialists to recover and we are making headway. All sites have been secured. The sites were appearing as insecure when they were actually perfectly safe. Sales dropped to almost nil which, of course, set off more panic buttons. To the best of my knowledge, all are secure once again. I am also migrating all sites to even more secure hosting. The e-mail recovery is underway and progressing, not complete but nothing has been lost so we are migrating to HIPPA level security. For this reason, I am going to insist on all communications using the new system which should be implemented within a week.

I might pause here for a second and mention that there are e-mail providers that are very casual about security and privacy. I urge everyone to explore alternatives and use encrypted communications for all sensitive matters, including personal issues and health. I do not think one’s health should be public knowledge so I am moving in the best direction possible. This began with looking for the countries that guarantee both the right to privacy and free speech. Iceland has claimed the top of the list for several years now, and I do have one Icelandic lifetime e-mail account. It and the ProtonMail survived the crisis. The rest was backed up and can be recovered. I am not reckless!

The other update worth mentioning is that I have been using Ecosia for a while now. It is a every bit as good as other search engines and it is supporting reforestation and environmental recovery. If you have not tried it, please do so. It makes you feel good to know that they are planting millions of trees all over the world.

Now, how does this relate to houttuynia and my commitments. First, I made a death-bed promise to a lyrical soul who chose euthanasia over more suffering. It’s a very long, delicate, and emotional story. I hesitate constantly about telling it because she is a soul and perhaps even more sensitive than she was as a patient. While still in this dimension, she once asked my assistance in pressuring another astrologer not to use her horoscope and life story on his web site. He was non-compliant so while I feel there is a small border between what we can say about public figures who influence policy and what we can say about our own students and clients, he was definitely over the line, but like many who cross that line, he was intransigent.

So, I will keep this general but also argue for our right to know what activities are being carried out by taxpayer-funded entities. As you know, there are many dots and they do eventually all connect. Sexually transmitted diseases have been with us for a long time, some say since Lemuria when the Lords of Karma imposed a penalty on those who misused their procreative potential. This is perhaps the origin of the pre-germ theory opinion that all disease was due to sin. If you study medical history as I have, then you see that there were times in our past in which treatment for diseases was withheld so as not to interfere with the wrath of God. The germ theory is, in my opinion, flawed, not 100% wrong, but the theory is out of focus and needs a lot of adjustment. However, the germ theory displaced the idea of personal guilt and the need for suffering so there is at least one benefit even if it came with a lot of useless baggage and an inherent danger of going from one extreme to the other. That extreme is the war on diseases which, of course, has an alter ego incarnate as biological warfare.

I am very sorry to be talking about such serious matters, but we have a need to know and a right to know. Whistleblower protection should be invincible so that more people of courage help us to escape the dangers of faulty information.

Well, it is time to adjust my focus! Lyme disease is an epidemic. It is often undiagnosed. It is underreported. It is devastating. It can be treated. I network with others who are addressing the treatments. While I care about the politics, I care more about the patients than the politics. Really excellent lawyers are taking on the politics. I am interested in plants and what I have learned over the years with plants is that they are very people-friendly, highly inspired, and extremely self-sacrificing. What can be more humble than to allow people to step on you. What can be more generous than to be so attractive or valuable that people uproot you or eat you for food and medicine? What requires more faith in immortality than to reincarnate again and again in order to nourish others? This is the plant world.

The big ah ha experience for me was with hogweed. It became invasive and threatened Monsanto. How much smarter can plants be? They wrecked tractors and invaded millions of acres of GMO crops. Now, we come across another highly invasive plant. I spreads horizontally and defies destruction. Moreover, making its medicine available through the leaves, there is no need to uproot it. Why would it not be a valuable asset for epidemics.

If we understand Nature, we will appreciate just how wise She is!

Unfortunately, I am still on a learning curve with IT but it looks like we will be able to launch the Oral Health webinar series this summer and probably also the Mold Series. That would actually make life a bit easier for me come autumn. I have assembled quite a team now and am very hopeful. Thank you for your patience. Obviously, my vision was a little more complicated than some of the summits that have become so popular.

Meanwhile, I have not taken pictures of the latest additions to the product line. Houttuynia has the same label design as the Chinese herbs like He Shou Wu (which I have been taking regularly during my tooth odyssey) and it was proposed by a doctor who does an immense amount of work with Lyme-infected patients. I thank her and you should also! 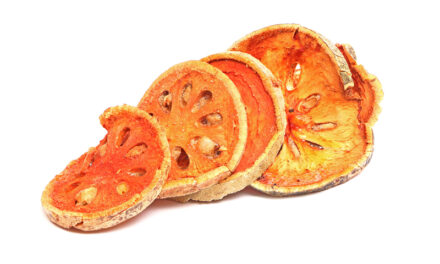