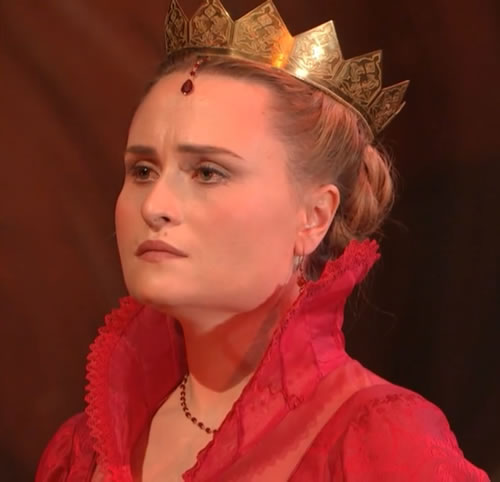 I spared all but a few of you my report on the Live in HD Metropolitan Opera performance originally aired on December 12th. It will be repeated in some theaters — worldwide — in January and if you missed it two weeks ago, I can’t urge you strongly enough to see the encore performance.

Don Carlo is based on a play by Schiller and was originally performed in French (Don Carlos); but Verdi lived a long time, achieved success in his lifetime, managed to retire comfortably and then to come out of retirement to do some absolutely magnificent work, including a revision of Don Carlo (or Don Carlos). It was the revised version that was performed (in Italian). It’s a very, very big opera, really grand, and rarely performed in its entirety. The Live in HD was the best opera performance I have ever seen so while not a music student or usher at the Met, I have seen a lot of live operas and watched many telecasts and DVDs. This was simply a great performance so the truth is that sparing you my commentary was not an act of kindness but a withholding. Still, I know some people really, really hate opera so bye for now to those!

Verdi is my favorite composer and I just have to exude a bit since bottling up my enthusiasm isn’t working.

As a sort of preface, let me reiterate that I am not a musician, not a music scholar or critic, nor even a biographer so all of this is “my stuff” and has nothing whatsoever to do with what more erudite people have to say on these subjects. However, I did study music from another angle and that was its capacity to entrain and elicit memories. In the course of that research, still unpublished, I had a short introduction to the role of music in creating cultural trends, starting with Greek concepts of how the morality of society is influenced by music. One could go back even further to “the word” and suggest that the Universe was itself created by sound which is why harmony either supports our alignment with Creation or discord makes us feel disconnected. It’s not that simple, but another time.

If we take the beginning of Time to the present — it’s a very, very long Time — much was probably lost but in my small grasp of this continuum, Verdi was the greatest musical dramatist ever to have lived. That alone would give him a claim to fame but he gave us more because he used music and drama to challenge our beliefs and prejudices and the status quo. We could take a very simple example like La Traviata and question how a courtesan could be the heroine of an opera. A fallen woman was an object of rejection, but Verdi ennobled her and he achieved this partially through what he wrote for her and partially through his projection of himself, a baritone, into the father Germont who defended her as a woman, making no distinction between socialites and courtesans. As I said, that’s a simple example, but Rigoletto is just as good an example because the duke is the villain and the courtiers are complicit. In the days of official censorship, these plots were practically forbidden because the social order depended on making the elite appear noble; others could be as degenerate as necessary. To get around the censors, operas were set in other eras and cultures, but the cognoscenti were not put off track by such theatrical devices and Verdi’s music aroused both nationalism and changes in how social dynamics were perceived and eventually understood. 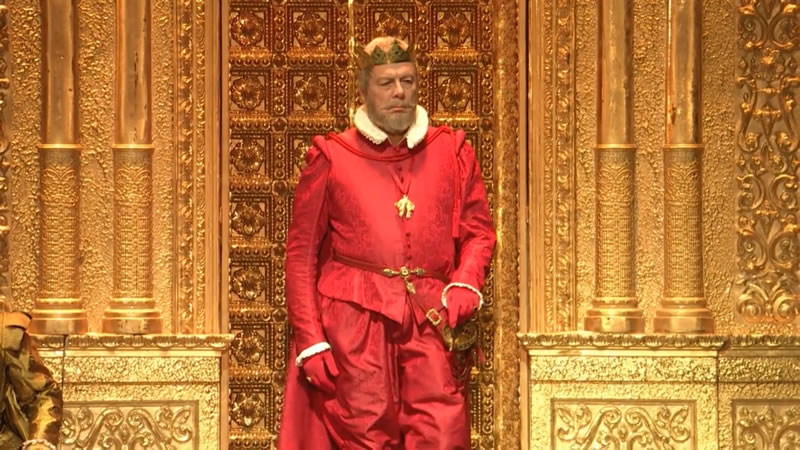 It has oft been said that those who do not learn from history are doomed to repeat it. Don Carlo is set in Spain at the height of its glory. The New World has been looted and the gold and other riches had enhanced the wealth of Spain. On the surface, King Philip appeared to be the most powerful man in the world. The young are trapped in wars, the masses are tired of bloodshed, the streets are teeming with orphans, and the Protestants are giving the powers that be something to fear. In his immensity, Philip is almost pathetic. He allows Rodrigo, the Marquis of Posa, to speak plainly. Rodrigo asks Philip to consider his place in history and whether he will one day be compared to Nero, for in Philip’s world, the priests are hangmen and the soldiers are thieves. Philip says the conversation will be forgotten and warns Rodrigo: “Beware the Grand Inquisitor.” 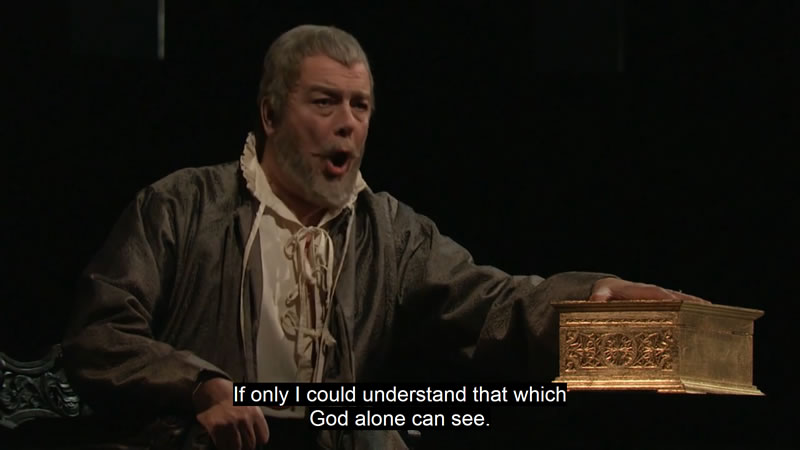 One could look at Don Carlo as a struggle between idealism and realism. There are the aged and jaded and their sycophants and the young idealists, very few of whom were still alive at the end of the last act. The opera is gloomy except that there are magnificent choruses promising rewards in heaven. We see the heretics dragged to their execution and we also see the struggle for justice in this world, a struggle waged by the young, not the old. For everyone, young and old, life is futile but this will change once we are put in our tombs.

The opera is not about war or religion. It’s really a story of relationships, unrequited love, impossible life circumstances, alliances, trust and betrayal. Besides absolutely glorious music, there some wonderful one-liners.

Verdi, as a promising young musician, had been introduced to the salons of Clara Maffei and he had become political. He was eventually to hold a seat in the Chamber of Deputies and was later named Senator of the Kingdom by King Victor Emmanuel II. It’s hard for us today to look at history because, as Julian Assange asserts, if the truth does not come out, the truth will not be recorded for posterity. When I went to school, the chapter in history covered by this opera, 16th century Spain, was about colonizing the New World. That was taught as a good thing because those who wrote the curriculum were not Native Americans much less those who faced extinction due to conquest and diseases arising from the interaction with Europeans. The armadas were always viewed from the English side so we never heard what motivated the Spanish. Finally, the conflict between Catholicism and Protestantism was reduced to whether or not Henry VIII could have more wives and how the Vatican responded to his demands. The Inquisition was hardly mentioned so this is more or less like saying the Holocaust didn’t happen because history was written by those who ignored one side of the story. However, the reality was that the Inquisition spanned hundreds of years and by the time it got to Germany, there were villages in which no woman was left alive.

Obviously, the opera triggered a lot of reactions in me. I have done countless past life regressions with people who died at the hands of the Inquisition, others who very cleverly cross-dressed and passed themselves off as men, and others who wandered abroad to escape the fate of living in Europe as a woman. Given the realities of the time, it is appropriate that the opera is somber, but not hopeless, and this is what is poignant and majestic. The great moments are, as always, not in the victories but in the sentiments and characters of those who are high-minded and honorable. You might say this is Verdi’s signature, how he expressed his inner self to the outer world.

One more footnote: David Icke would have a field day with Philip II because he married into so many powerful families. He was himself the son of Charles V, Holy Roman Emperor. Philip married four nations: first Portugal, then England (Bloody Mary), then France (Elizabeth of Valois of the opera), and finally Austria. Carlos was the only child of the first marriage and was engaged to Elizabeth (whom he had never met) but this is about where the opera begins. Carlo/Carlos and Elizabeth have a chance meeting, fall in love, only to find that they are in fact who they are and therefore already betrothed to each other. The war has ended and everything seems like it is going to take a turn for the better but in the peace treaty, it is decreed that Philip will marry Elizabeth. It takes almost five hours to sing through what happens in the blink of an eye historically. Rodrigo and Carlos don’t last long, remember the Grand Inquisitor. Rodrigo and Carlos were sympathetic to the reformists, aka Protestants . . .

Here is Marina Poplavskaya as Elizabeth:

There are many parallels to the present “empire”. The historic King Philip inherited debt from his father, inflation from bullion from the Americas, rapid population growth, religious heretics, excessive costs of maintaining an empire, complex relationships with foreign bankers, high taxes, opulent elite, war debts, bankruptcy, you name it. He also dealt harshly with a dissident Moorish population. Change a few names, dates, and places and we have today on Planet Earth.

Verdi was too clever to burden us with such details, but we also have to believe that audiences knew history and current events and were able to draw the parallels without help from a librettist. One can enjoy the music without considering the politics but if one also stops to think about the struggles of those times, we will see that somehow, we managed to resolve some problems but not the fundamental issues of misuse of power and social injustice.

A good writer would probably stop while the exit lights are still illuminated, but isn’t theater a place where we allow ourselves to identify with traits in others with which we feel affinity or perhaps where we study dynamics that are illusive because they are too close. Doesn’t every teenager in love think he invented love and his/her parents don’t understand? They understand but with the cynicism that has encrusted them, but more to the point, don’t idealists believe that sooner or later they will prevail because they are the forces of good in a world gone amok? 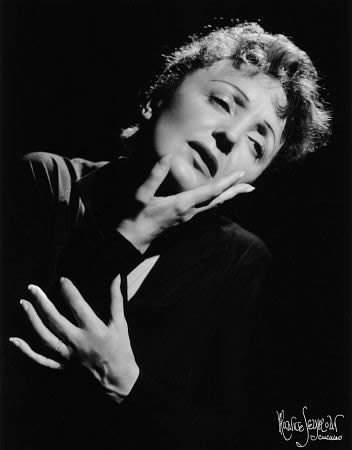 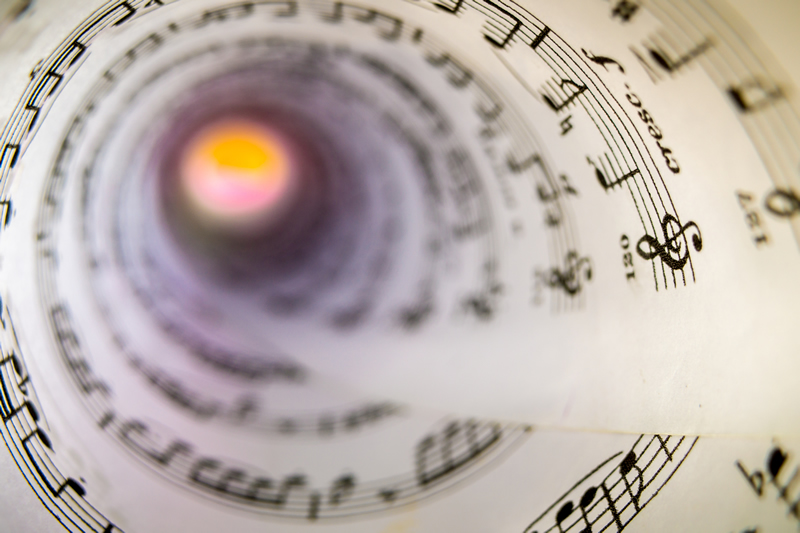